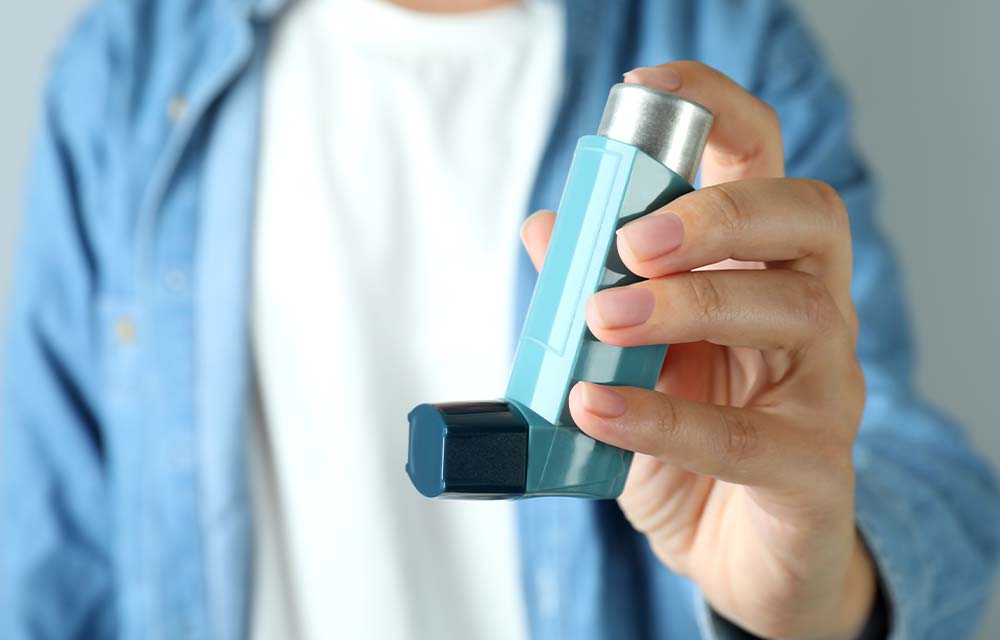 28 days ago by Anonymous Pineapple

Is there a risk that my asthma will get worse with aging?? As we have a family history with asthma

How is the effect of Rsv on asthmatic people? Is it similar to coronavirus or it’s like a flu?

2 months ago by Anonymous Pineapple

Can it be diagnosed early?

Can the doctor diagnose asthma in early childhood? My son suffers from short breath, I'm afraid he has asthma

2 months ago by Anonymous Orange

Just got out of a rough 2 days (emotionally rough) spent at the ER and in pediatric unit for our 18mo. After some XRays, numerous breathing treatments, one steroid shot, one antibiotic shot... they concluded that it was not pneumonia (which is what they told us at first), but an asthma attack. So after a night of monitoring, and most of the day, they sent her back home since they said she sounded better. We have a special treatment to give her and they said she'll be fine. The thing is that they sent her while she was still breathing faster than usual, and she still is, which is worrying us. I know I tend to think about the worse things that can happen, but am I being completely irrational to think about sleeping in her bedroom so that I can hear her and be there if something happens? (with my husband we even thought about co-sleeping with her, but she might not sleep well this way). Any advice? Reassuring words?

Steps to help a person with asthmatic attack without inhaler: - Sit upright, thus opens the airway. - Slow down breathing by taking long, deep breaths. Breathe in through the nose. Exhale through the mouth. - Stay calm, as anxiety tightens the chest and back muscles, which makes it more difficult to breathe. - Get away from the trigger. - Move into clean air, preferably an air-conditioned environment, and try to take slow, deep breaths. - Drink a warm, caffeinated beverage, such as coffee or tea. Caffeine has similar properties to some asthma medications and can help temporarily improve airway functions. - Get medical help.

Asthma is a pain in the lungs 😕 my lungs literally feel like they're about to explode when I'm running up hill! Especially when there's moisture in the air. I've had asthma since I was 14 following pneumonia and have since been managing it with a steroid inhaler. When I started running a few years ago, I was concerned that my asthma would be an issue and I never dreamed I'd be able to run long distances, but I've found running has actually improved my asthma. With less than a week until my Ultra, I'm hoping my lungs don't let me down 😅

Why to wash mouth

The pharmacist advised me to wash my mouth after using the aspirator, why?

Is there a way to deal with an attack if you dont have your inhaler on you?

6 months ago by Anonymous Watermelon

My baba smokes and I have asthma, I asked him many times not smoke while I'm there as I would be affected, but he refuses, what to do?

Should it be taken daily?

If the asthma only became active ehen the child has cold, so is there a need to keep taking the asthma medication every day?