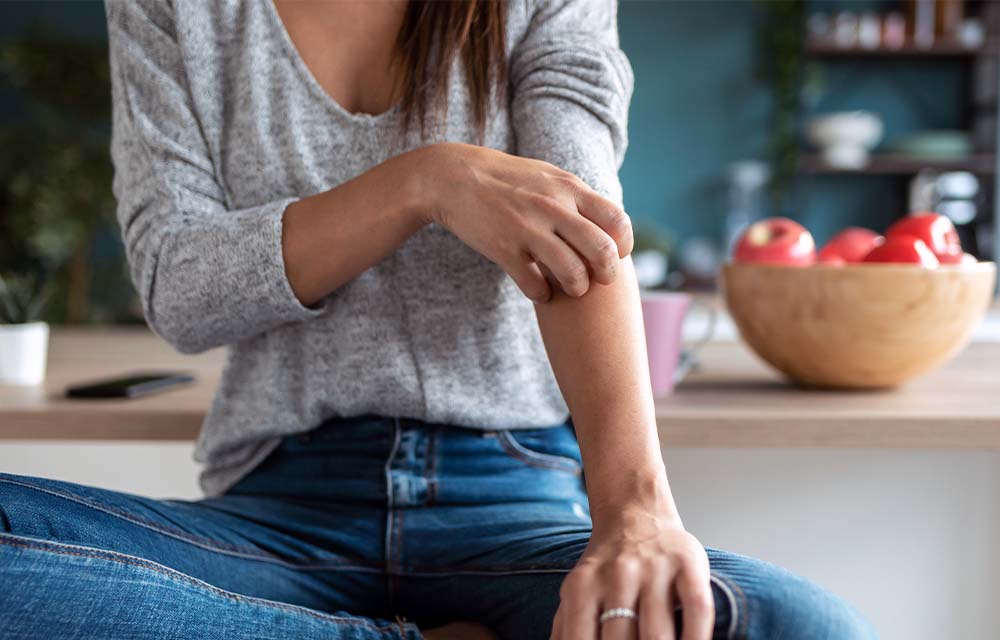 5 days ago by Anonymous Pineapple

Is psoriasis relatec to genetics? I mean is it hereditary? If not what are the risk factors for it?

17 days ago by Anonymous Pineapple

What are tge common areas where psoriasis appears? Is it normal to ser it on nails or this is another case?

What's the best way to deal with extremely dry skin? I have tried different soaps and creams but it's not working.

Psoriasis
AS
2 months ago by Aster Dragon

Is eczema tge same of psoriasis?

What's the difference between psoriasis and eczema?

3 months ago by Anonymous Watermelon

How to differentiate between psoriasis, eczema and fungal infection?

5 months ago by Anonymous Pineapple

Sending a hug to my autoimmun friends☁️✨

Inherited from my dad ❤️ I got psoriasis when my grandmother passed away when I was 4 years old. It could also have been because I was no longer going to be the only child😅 I have mostly not had outbreaks other than always on the scalp, but it breaks out when I’m not feeling well mentally, stressed etc. But I have accepted it, its ok ✨

7 months ago by Anonymous Kiwi

How to control psoriasis

How do I control psoriasis? I used a lotion spray once everyday and still not okay. So is there any suggestions for medication or supplements for this disease.

Got diagnoed in my fifties

I remember as a kid, seeing my uncle with his flaky head skin and white crusty patches on his neck. I used to think he never showered or was in general not a hygienic person. I was disgusted by that and afraid of him when he visits. Now when I grew up, I knew his pain when he had that sad look on his face when I used to refuse to be near of him. Little did I know, when someone in your family has it, you might have the genic readiness to have it too. I got Psoriasis just like my uncle and Now I know definitely how he felt. I was shocked because I thought I was hygienic and took care of my health in general, but looks like genes have another opinion. Now I'm in my fifties, and after visiting the doctor, he told me that mostly it peaks during this age, and it was caused because of a skin infection that I probably had when I wounded my head in a swimming pool. Living with such condition is unbearable, and there is no cure for it, only medication that can help reduce the intensity of the problem. I don't know if will ever get used to it, it so annoying!

1 year ago by Anonymous Strawberry

How has it affected you mentally?

Psoriasis can be a real pain in the neck, especially that it affects out skin, which plays a huge role on our self esteem since it goes directly for our appearance. How has it affected you and how do you cope with it?

How did you feel when you fiinally heard the news and everything was official? Were you happy? Worried? Personally I was a little relieved to finally put a name to what I had